Game 1 – October 7, Petco Park – The Dobson Ranch Bashers threatened in the top of the first, getting two runners on, but they came up empty. In the top of the 3rd, they drew a HBP and got a double from Francisco Lindor to lead off the inning. Jose Berrios got two quick outs without allowing a run and it looked like DRB would be frustrated again. They let out a sigh of relief when Corey Dickerson ripped Berrios’ 3-1 offering down the RF line, plating both runners with a 2-out triple. On the hill, Gerrit Cole was cruising, allowing only one runner and no hits thru 4 innings. DJ LeMahieu led off the 5th with a single to burst the no-hitter bubble. With one out in the bottom of the 6th, Alex Bregman walked and scored on Max Muncy’s homer to RF. Lindor led off the top of the 7th with his 4th HR of the post-season, a 422-foot blast to right-center to make it 3-2 Dobson Ranch. Bryce Harper returned the favor, going yard over the RF wall to lead off the bottom half. The game was deadlocked at 3 thru the next ELEVEN innings. George Springer, in the early hours of October 8th, ended the game with a 383-foot home run to left-center, with one out in the bottom of the 19th inning. This tied the the post-season record of 19 innings set by these two teams in last year’s NLCS. San Diego won that one as well, in the top of the 19th on a Charlie Culberson single. The two teams went thru 19 pitchers in this contest. Kyle Gibson got the win, Austin Voth the loss. Lindor and Manny Machado were both 3-9 for DRB. Muncy was 3-8 for SDT. The teams showered and headed home for short naps and will take up Game 2 early in the afternoon.

Game 2 – October 8th – Anthony DeSclafini got two quick strikes on DRB lead-off man Francisco Lindor, but then he got one up in the zone and Lindor sent Mr. Rawlings into the RF bleachers. In the bottom of the first, Max Muncy stepped to the plate with the bases loaded and hit a worm-burner between 1st and 2nd to make it 2-1 San Diego. Dobson Ranch tallied 3 runs in the 3rd inning on 3 singles, a double and 2 errors. The 4-2 advantage held up until the bottom of the 7th inning when the wheels fell off the bus for the visitors’ bullpen. Back-to-back home runs by DJ LeMahieu and Javier Baez capped off a wild 8-run inning for SDT that saw the first 6 batters get on base. Austin Voth, who took the loss in the wee hours of the morning of game 1, was brought in to just get some outs with no pressure, but he was still reeling from earlier in the day and gave up 6 of the 7 runs San Diego tacked on in the 8th. Final score: SDT 17, DRB 4. Tyler Duffey picked up the “W”; Trevor Gott the loss. Lindor finished 2-4 with a walk for the Bashers. Baez went 2-2, both HRs for the home team. Corey Seager was 3-4 with 2 doubles and 2 runs scored. The Bashers are in desperate need of a day off and can’t wait to get back to Oakland County Coliseum.

Game 3 – October 10th, Oakland Co. Coliseum – Javier Baez swung at the first pitch he saw from CC Sabathia and ripped a 2-out RBI single to CF to put San Diego up 1-0 in the first. Francisco Lindor tied it up in the bottom half by hitting his 6th HR of the 2020 post-season to right-center field. The ‘Sharks jumped back ahead 3-1 in the top of the 2nd behind an RBI double by DJ LeMahieu and an RBI single off the bat of Alex Bregman. George Springer, Javier Baez and Bryce Harper opened the 3rd frame by going back-to-back-to-back with home runs to make it a 6-1 game. Corey Dickerson went yard in the bottom half. Baez had an RBI single in the 4th and Bregman blasted a 3-run shot in the 5th and the rout was on. The final score was 11-3 and San Diego moves within one win of facing the Bronx Bombers in the 2020 SWBA World Series. Domingo German won it for SDT. San Diego pounded out 17 hits with LeMahieu, Bregman, Baez and Victor Robles each getting 3 hits. Harper was 2-4 with both hits being dingers. 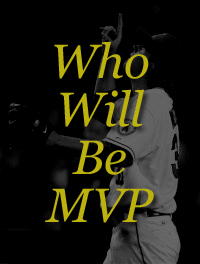